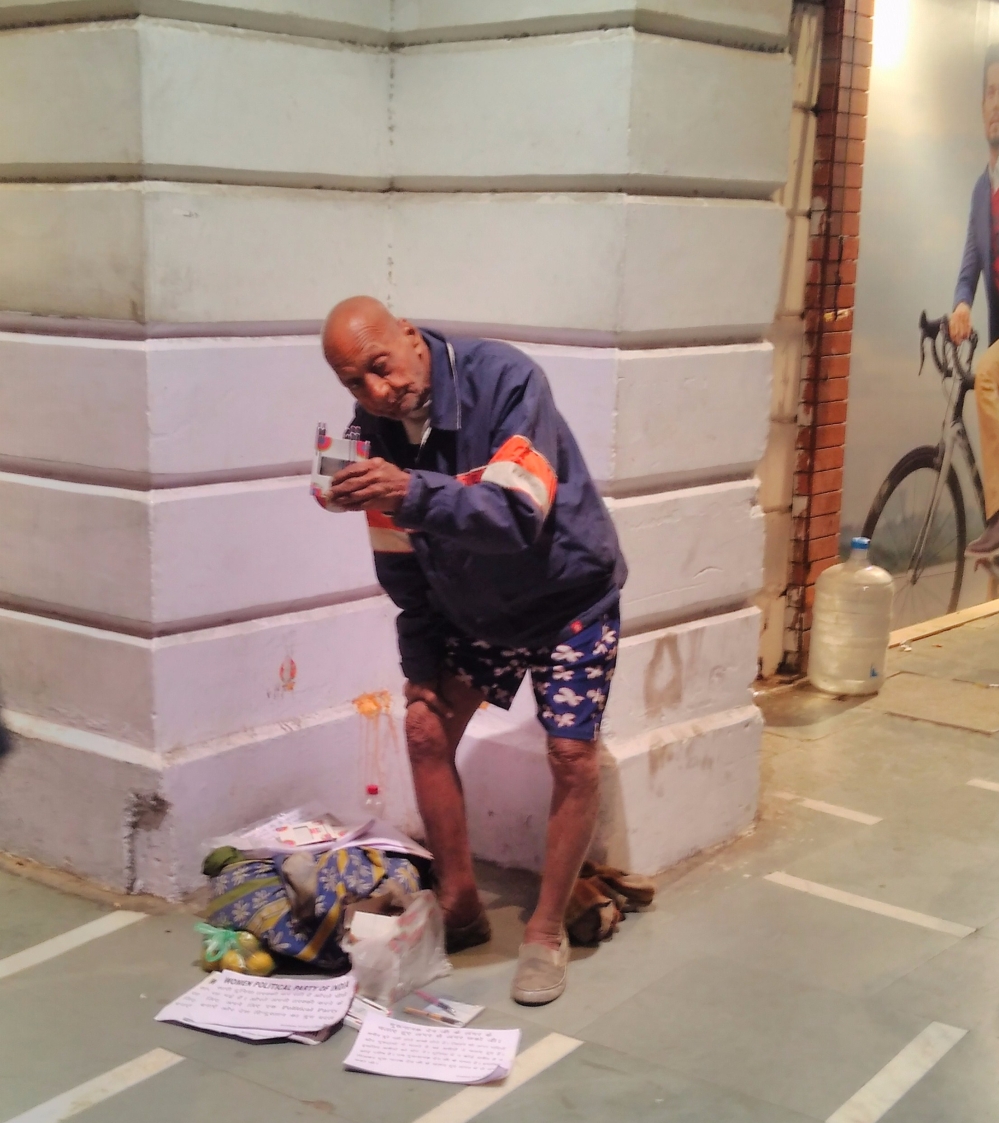 As I was strolling through the beautiful pillars of the Connaught Place Market in New Delhi, I saw an elderly man holding some pens in his hand and selling them to passers-by. Though his whole body was shivering under the blaze of cold wintry wind, but his determination to earn by selling pens for the living looked palpable.

After seeing his strong determination, instantly, a pang of awe passed through my blood and I thought, “Am I living in an ideal world?” An old man, probably in his 70’s, whose legs were about to collapse, was standing tall against his wretched situation and circumstances. I was amazed how he could still engender strength from his feeble legs which were saying we can’t no more, you have crossed your limits.

Seeing him, I could feel, how strong willpower and determination can nullify the effect of any adverse condition in our lives.

Thousands of men of his age would start begging, but he, defying all odds, was out of the ordinary. He was showing the people that how even at that age, if one wishes to, one can live on their own by doing the hardship. He was showing the world that how even at that age begging should be the last thing one must do for a living. More importantly, he was showing all those children & women (the commonest beggar group) who beg showing their naivety and pathetic condition that they must leave all this and start earning by doing something useful.

Ironically, as I went near him and saw a person neglected for offering Rs 20 for the pen, I asked myself “What has just happened? Why is the old man not taking the money for a pen whose market price is around Rs 10?”

Then, I saw a woman – probably dumbfounded by old man’s condition – stopping to offer some help. Women, I believe, get more disturbed by such incidences as they can feel what the other person is going through and that’s why, I feel, they are bestowed with the power of nurturing this world. Moreover, they also want to help in whatsoever way they can. Likewise, this woman then asked for the price of the pen and gave him Rs 50 without even having other thoughts.

Seeing the distressing condition of the old man, many stopped to offer some help and almost everybody got shocked after listening the price of the pen. Some thought it was silly to bargain from the old man and gave what he asked, for they got emotionally attached; some thought that the price was higher so they bargained and offered Rs 10 or 20 whatever their pockets afforded. But like many other old men of his age, he too was adamant and didn’t drop the price of the pen. So some moved on while some gave Rs 10 without taking the pen, to show their sympathy.

Meanwhile, a woman came and offered him oranges, but he declined them, saying he only needs money at this moment. But why did he need only money? Maybe something wrong might have happened in his life, or maybe someone from his family was in the hospital. I don’t know but it somehow looked that he was in some sort of trouble.

Then suddenly he bent forward, I thought he might fall but he was only looking for his bag. In his rugged bag, I could see at least 10 packets of pen if not more, his scarf, some fruits and some papers in a transparent packet. He opened the packet and took out some papers having two different kinds of slogans on them. One supporting ‘Women of India’ and the other ‘Free food in Gurudwaras.’

“Does he work for a charity?” was my instant thought as I saw him spreading the pamphlets on the floor. Seeing all this from a corner, I could sense some eeriness in the whole matter.

Then two boys came and offered him Rs 5 coin, the old man disgruntled by seeing the coin, threw them in the corner saying main bheek nai maang raha (I am not begging). I was in utter disbelief. If he dearly needed money, he would have kept any help that came his way, for every drop makes an ocean, isn’t it? 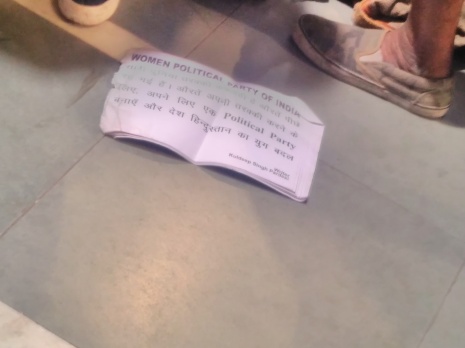 An old man selling a pen of Rs 10 and then spreading some banners targeting the emotions women (probably the most vulnerable creature on this earth when it comes to emotions) and Sikhs (probably the most devoted people when it comes to religion), is it some kind of trap? A psychological trap to affect people’s mind and then lure them to donate money.

After a little hiatus, a Sikh man came and gave Rs 100 for a single pen. I was amazed. Was he inspired by the banners? Were they all involved in this trap to make it real? Or was I just questioning things way too much?

Finally, after finding no practical answers to my wanderings, I realised, it’s time to talk to the old man and ask him what’s the matter and why does he need money desperately?

As I said baba pen, he politely replied Rs 50. As my conscience didn’t allow me to offer that much for a pen, I lied that I don’t have enough money at this moment so can I help you in some other way? He said, “abhi paise ki sakth jarurat hai beta (right now I desperately need money, my son).”

“Thoda promotion ka kaam hai mera aur agar tumhare pe paise nahi hai, toh fir kabhi aana baat karne, abhi jao (I do some promotional work and if you don’t have money, meet me next time to discuss, but now go away)” he said rather irritatingly as I asked what else do you do?

I don’t know what was going through my mind when I thought it’s better to move on, when otherwise I would have succumbed against his wretched condition and might have offered him some money. But later I wondered when did human support become inferior to money, when did money come to rule our world.

When an ordinary beggar earns roughly around Rs 50 in half an hour, he earned more than Rs 500-550 by selling 9-10 pens worth Rs 100. If it’s a daily business, it’s worth a trick to attack people’s emotions and then take out the money from them. If the stories of begging industry are true, then I have no doubt it was one of them.

6 thoughts on “And that’s how they play with your emotions, isn’t it?”

Rahul is culture based writer who left his engineering job to pursue a career in writing. He wishes one day he could write a psychological bestseller. View all posts by Rahul Batra RB